Was Hazardous Cargo Aboard?

Are Cargo Safety Regulations Important for PASSENGER Aircraft Flights?  Two Levels of Safety May Mean No Level of Safety

MH 370 flight crew members witnessing an overheat in the large cargo compartments of their Boeing 777, would most likely do the following steps:

1. Don oxygen full face masks, check for full oxygen flow for breathing and clearing of smoke from eyes and reestablish communications via the mask microphones

3. Begin divert to nearest available airport and begin descent for landing, with the goal of landing as soon as possible, certainly less than 20 minutes. But after the turn to divert, if the crew becomes incapacitated by smoke and fumes, the aircraft would continue to fly on whatever heading was established. Considering natural static and dynamic stability of many transport category airliners, such as the Boeing 777, the aircraft would remain flying while the nose of the aircraft oscillates slowly up and down to maintain  stability.

Looking at what is known about the flight path of MH370, the crew appears to make a sudden turn directly towards a very long 13,000 ft long runway airport. Communications by radio cease.  Fishermen at sea in the area of the 13,000 ft runway reported witnessing a large aircraft flying low during the time frame consistent with the flight parameters possible arrival in that area. This scenario is consistent with smoke and fumes in the aircraft for whatever reason may have been occurring on the flight.

The captain was an experienced international captain. The first officer was an experienced flight crew member [albeit reportedly with a tendency to invite friends and acquaintances  to the cockpit, although whether that was on the ground at terminal only has not been established].  The captain was resourceful by creating his own flight simulator at home, most likely for the purpose of training himself to perform the hundreds of standard operating procedures (SOP) required of B777 flight crew members during semi-annual regulatory checkrides. It is also quite probable that the captain invited  other crew members to join him in these SOP procedure training sessions. A check of the software companies who sell flight simulator software world wide reveals that tens of thousands of people own these same home simulators, some for professional training, some for entertainment. More than half a dozen vendors make this type of software  and it is globally available on the commercial software market.

So where could investigators look next in their investigation? How about the known or unknown hazardous material that was loaded as cargo or baggage? Is not the cargo hold of  MH 370, a B777 is capable of hauling large weights of cargo? Was any cargo or baggage trans-shipped, that is, loaded aboard MH 370 from flights connecting booked passengers to Beijing? Who checked all of the cargo and baggage that was loaded onto MH 370? Who was supposed to check for hazardous material to ensure documentation or restriction of prohibited items from passenger flights? Who may have shipped cargo or baggage of prohibited items and why? Should not this more likely scenario be at a higher level of priority than looking at the captain’s personal flight simulator?

Hazardous cargo can catch fire and spread quickly. See the mishaps of the 1996 ValuJet crash in The Everglades outside of Miami, Florida or UPS 6, September,2010 in Dubai for substantiation. The Swiss Air 111 inflight fire again substantiates that time is very limited when a crew is dealing with this emergency.

Lobbyists for the airline passenger and for the cargo business side have long argued against comprehensive commercial airline hazardous cargo regs, convincing legislators and regulators that more regs are unnecessary as is enforcement. At the same time they haul for profit as much cargo as they can get their hands on, plus luggage containing uninspected material, shipped as innocent personal belongings. Two levels of safety may mean no level of safety. 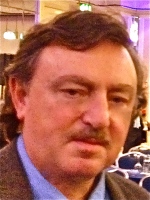